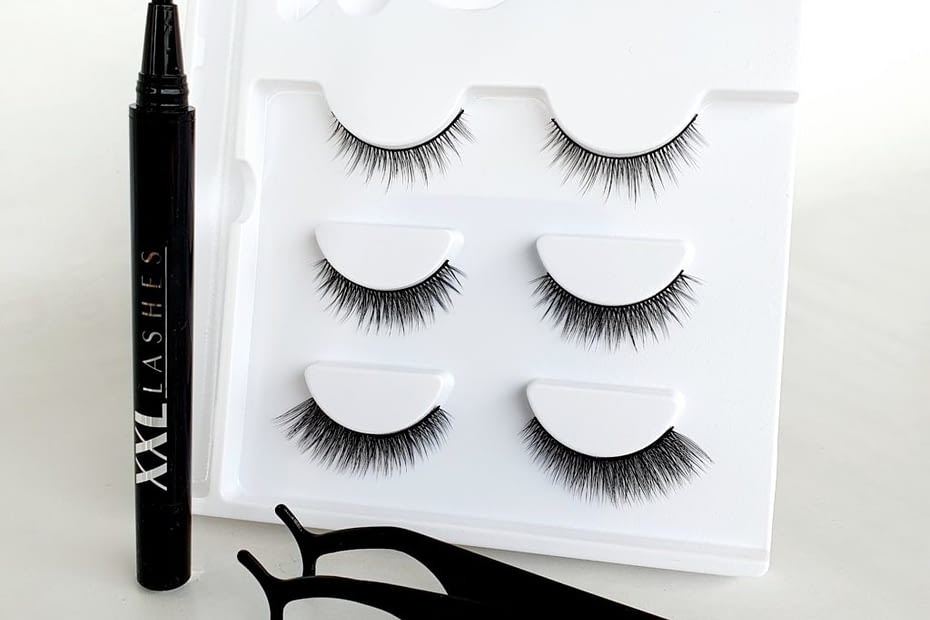 Do you want a feline and seductive look in some moves? The secret is magnetic lashes, the latest beauty trend that is impossible to resist. Practical and simple to use, they last longer than the traditional glued version. See how to apply them better! 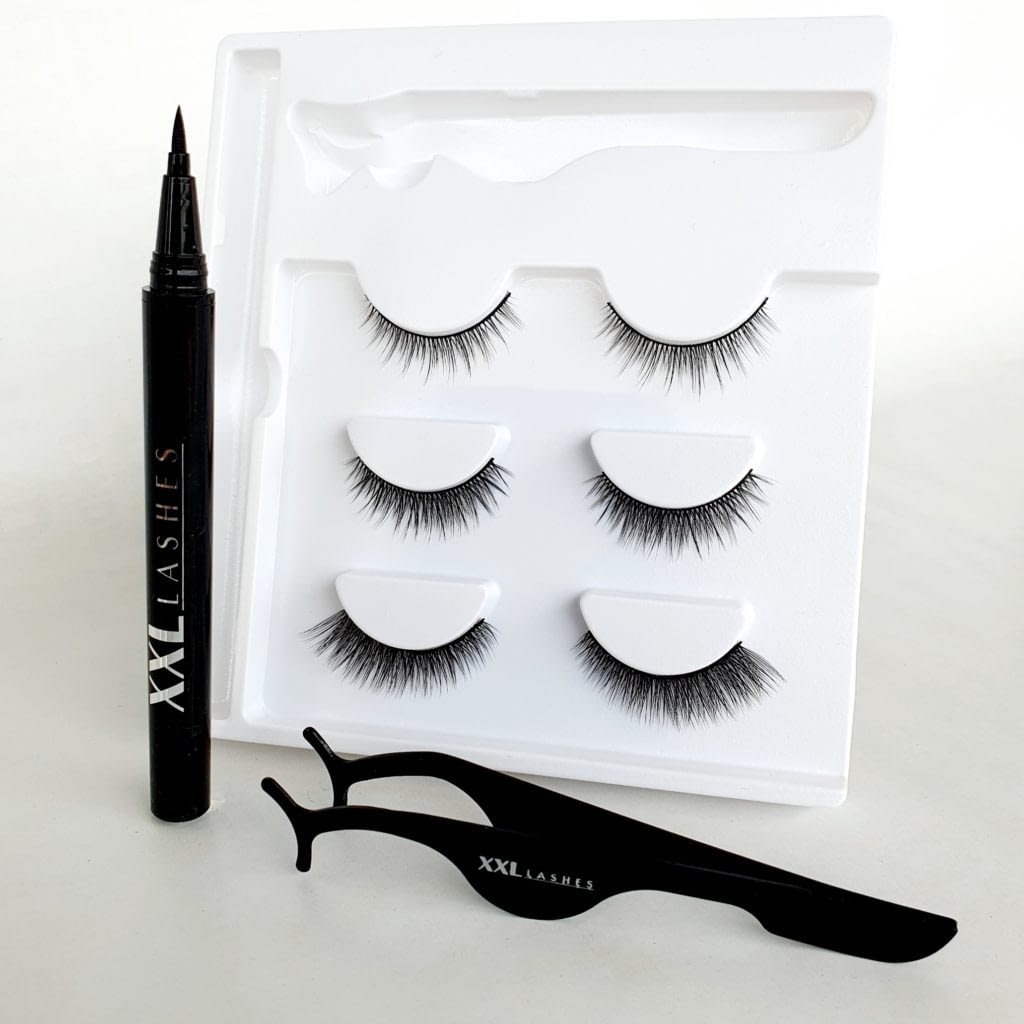 The secret of super sexy and elegant makeup addicted beauty is definitely putting your eyes in the foreground with thick, long lashes. Not everyone is lucky enough to have a magnetic look with natural lashes and often mascara alone is not enough to give the so-called cat’s eye effect.

That’s why eyelashes are an essential accessory to give that extra touch that, even in everyday life and not just on special occasions, can make a difference. Traditional false lashes with single or full tufts are quite difficult to apply, as you have to put the glue on first and then hide it with a pencil or eyeliner, in any case, they revolutionized the world of makeup.

Those who are still novices can achieve the same results as whip extensions using the magnetic version! It’s the latest obsession with beauty, practical and quick, thanks to which even nude makeup can be done in private. It is a strip of synthetic fibers of various lengths, very similar to real eyelashes, which have magnets on the edges. Just combine the two magnets above and below the hairline of your lashes to get a very natural result, yet effect. Let’s see what it is.

Magnetic Eyelashes: What Exactly Are They?

The eyes are the part of the face you normally focus on the most, especially when you’re wearing makeup. The fawn eye effect is very seductive and allows you to highlight the entire face simply by stretching it with lashes. Abundant with mascara doesn’t always give the same results that can be obtained with false eyelashes for this reason more and more women are more and more women preferring even for everyday looks. In fact, when you don’t want to wear makeup, highlighting your eyes with false lashes can be a great way to set a tone.

Magnetic eyelashes consist of four strips on which synthetic tufts are applied. The choice of length depends on your preferences, longer and curves are certainly preferred for special occasions, to make a smoky eyes property even more dramatic. Instead, the shorter, less dramatic version is ideal for a fawn effect throughout the day.

The advantage of this type of false eyelashes is certainly the simplicity with which they are placed on the eye, it is not even necessary to apply a pencil or eyeliner to hide the hairline, as it is already dark and invisible. Magnetic lashes apply in a few seconds and come off the same way, plus, once purchased, can be reused for months if treated with care.

The functioning of magnetic eyelashes is very simple, as the name says, they are applied through small magnets. In practice, each pack contains a pair of eyelashes to apply to each eye. There are also directions on each strip for using them to accurately apply the band below and above to perfection.

Specifically, the magnets are covered with tufts, so everything you have to do is place the top part on your lashes and then close them with the bottom, pressing gently until you hear the magnets click. Being very thin and delicate, they don’t weigh you down, so once they’re worn out, you don’t even notice you’ve got them in your eyes.

False eyelashes don’t spoil your natural eyelashes, they don’t have glue or any other product that can impede their regular life cycle so they can also be used daily. Generally, the advice is to apply them after making the tops, the face foundation and possibly the eye makeup should be very dry so the magnets adhere the best. Also, applying them before makeup can be a hindrance to achieving natural shades with eyeshadows.

In particular, cream eyeshadows should be avoided when applying magnetic lashes to prevent them from dragging between magnets or otherwise moving them. Finally, with regard to the use of mascara, being composed of synthetic fibers, it could be easily used on external lashes, however, the application of this product could reduce the useful life of the lashes, making them unusable after some application.

What Is Magnetic Eyeliner

Those who, after hearing about magnetic eyeliner, immediately went looking for it, will have immediately noticed that it is almost exclusively sold in kits with magnetized eyelashes.

The reason is obvious, the eyeliner in question serves to improve the application of lashes thanks to the presence in its formulation of iron oxide that obviously attracts magnets. The art of knowing how to use makeup is increasingly combined in a futuristic way with new inventions that facilitate self-care, which is why accessories such as eyeliner and magnetic false eyelashes are now the order of the day.

This makeup is identical to a traditional eyeliner, available both in a pen and in a pan equipped with a brush to facilitate its application. It extends like a pencil along the upper rim of the eye, to elongate its features and make its shape more alluring. What makes the magnetic eyeliner unique is precisely its ability to facilitate the application of eyelashes with a magnet, also increasing its durability during the day. As for removal, just pass a cotton swab soaked in makeup remover to clean the eyelid.

How Much Do They Cost and Where to Buy Them

Magnetic lashes since they were put on the market are attracting more and more attention from those who can’t do without them, perhaps because they have too few lashes, short and straight, or because they are too light and almost invisible. With this simple accessory, you can revolutionize the look and overall look of any makeup with minimal effort. In addition, magnetic lashes when stored well inside their packaging, unlike those with glue that are usually single-use, can be applied repeatedly while remaining in optimum condition.

Considering, therefore, all the advantages and the possibility of buying a few pairs in a month, it is normal that this false eyelash version has a higher price than the glue version. It should also be noted that false eyelash glue has a very high price and is also one of the main causes of irritation or allergy, therefore, the magnetic version can be a valid alternative for those who cannot use it.

How to Put on Magnetic Eyelashes

The application of false eyelashes, after a little practice, takes a few seconds, it is a bit like applying the extension property with hair clips. Here is a  short tutorial to get a flawless result.

A first and fundamental piece of advice, after making a face foundation or complete eye makeup, wash your hands before proceeding to apply the eyelashes in the eye, this way you are sure not to irritate the periocular area and the eyelids with makeup residues.

When the lashes are attached, it will be difficult for them to move or fall out, the two tuft soldering perfectly harmonizing with natural lashes.  Applying mascara, in this case, is superfluous, recommended only if you want a very dramatic and definite trick.

How to Properly Remove Magnetic Eyelashes

As with the application, the removal of false lashes is also simple and quick, it will be enough to move them slightly so that the magnetic field reduces its intensity.  When you feel the two tufts no longer secure, remove from the eye to remove the two bands.

When stored perfectly, magnetic lashes can be reused over and over again. Also, you can possibly remove the mascara with a cotton bud soaked in micellar water, but even in this case, the tufts won’t last long. 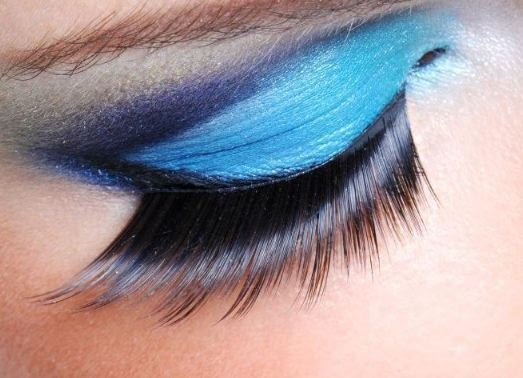 How to Remove Individual Fake Eyelashes

How to Get Hair Dye Out of Clothes

Pros and Cons of Marriage, Are You Ready To Get Married?