The well-known CO2, which is carbon dioxide, is found in the air and in rivers, lakes, and seas. Through photosynthesis, plants remove carbon dioxide from these sites and use it in their survival process. Then it returns to its place of origin through breathing.

When the plant is performing photosynthesis, the various carbon atoms that are part of CO2 are used to form the organic molecular group. The rest of the molecules end up being degraded by the plant itself during the respiration of the cells. In the midst of these facts, carbon is now returned to the atmosphere in the form of CO2. What remains in terms of an organic molecule is stored in plant tissue and is consumed by animals using this food tool.

When it consumes a vegetable, a herbivorous animal will automatically be feeding on an organic molecular group. Much of this food will be degraded by the cellular respiration process and expelled in CO2 format. The rest of the molecules that have been obtained with this process will be used to ingest the vegetable. It synthesizes the organic components of herbivores and turns them into biomass elements.

Carbon elements concentrated in herbivorous biomass can be transferred to other carnivores or face the decomposition process. Thus, all carbon used in photosynthesis has trophic levels and return to the atmosphere either by breathing or by the action of decomposing beings that are at different trophic levels.

The carbon dioxide produced in these two spaces should be balanced with the consumption in the photosynthetic space. The big problem is that the occurrence of burning, the problem related to deforestation and the lack of management of fossil fuel through oil, natural gas and coal end up harming this aspect. Thus, CO2 is released at speeds that are far above the pace so that it can be assimilated by photosynthesis.

As this balance does not happen, the high amounts of CO2 in the atmosphere causes the environmental phenomena that we already know and prove how harmful they can be, as is the case of very high temperatures on planet Earth. 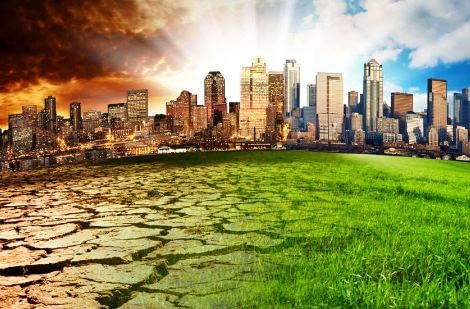 What is The Effect of Climate Change

Pros and Cons of being a Physical Therapist

What is the Difference Between Standard and Expedited Shipping?

Difference Between Khakis and Chinos | Khaki vs. Chinos